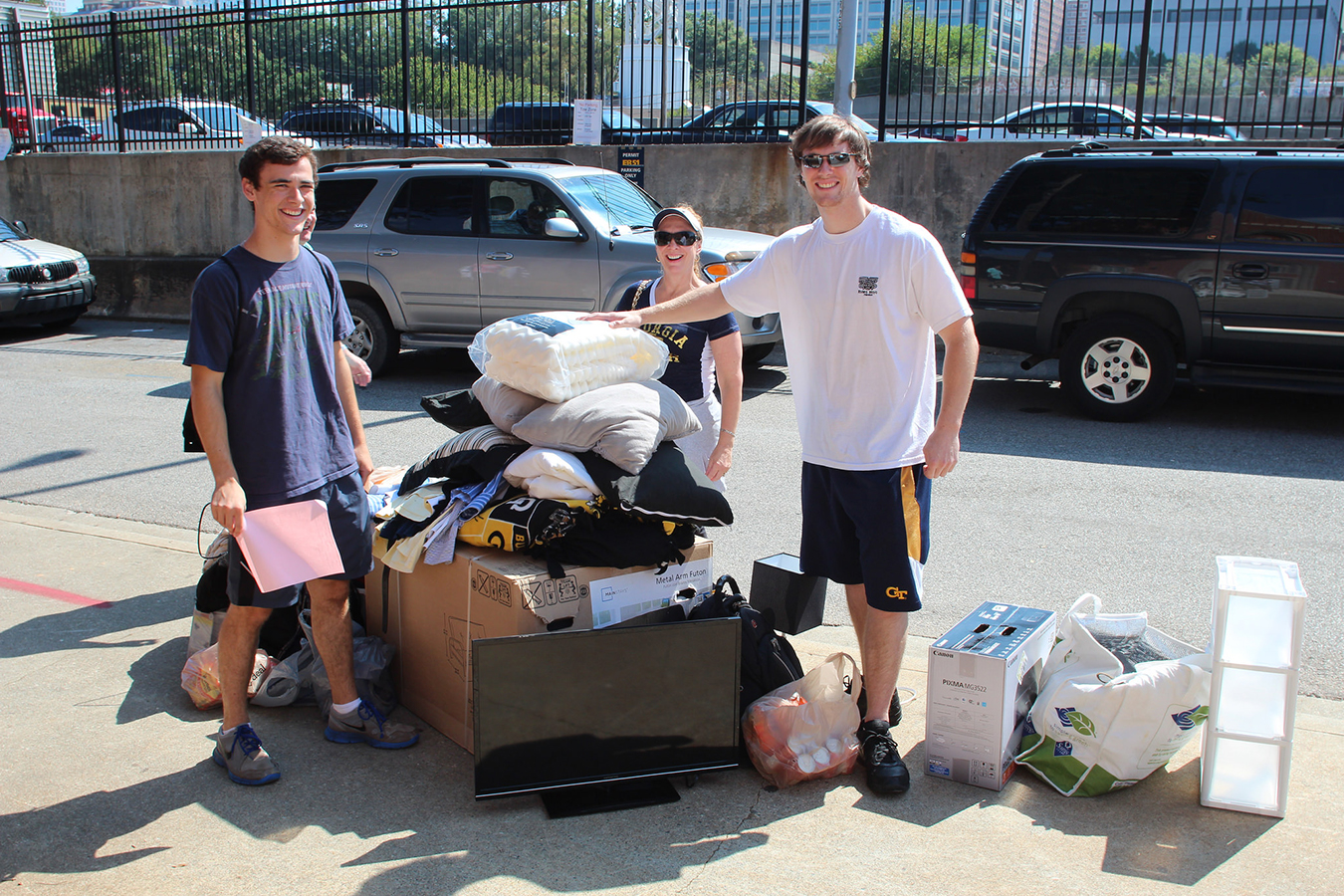 As the holidays approach, many people look to donate items, food, and time to worthy causes. For Georgia Tech students, moving out of campus housing has become a prime opportunity to help others, including each other.

Earlier this year, the Student Move-Out Recycling Program evolved to not only collect recyclable waste and donations, but also help feed hungry students.

The program, which began in 1998, provides students with multiple methods to divert their unwanted furniture and other reusable or recyclable materials from dumpsters when they move out of campus housing. In 2014, a student-led project called Tech Treasures began partnering with the Office of Solid Waste Management and Recycling to bring Goodwill collection trucks to campus during move-out. These trucks collect the futons, mini fridges, clothes, and other goods that students don’t want to move.

While the Goodwill donations provide a service to the Atlanta community, (28,779 pounds were donated in fiscal year 2016), a more recent partnership is also making a significant impact on campus. Klemis Kitchen, a free program that provides pantry items to food-insecure Georgia Tech students, received 534 pounds of non-perishable food from student donations during the 2016 move-out.

“This is not our first partnership, but it is certainly our most meaningful,” said Cindy Jackson, associate director of the Office of Solid Waste Management and Recycling.

Food insecurity is not always an issue commonly associated with college students. A 2014 Feeding America study reported that 39 percent of people who acquire food from food banks are having to choose between paying for food and paying for education. The history of Klemis Kitchen reveals that food insecurity is not a recent development among college students, even at Georgia Tech.

Klemis Kitchen is a tribute to Tommy Klemis, former owner of Junior’s Grill, which was a mainstay on campus for many years. Before closing in 2011, Junior’s was a second home for many Tech students and faculty, but it was especially meaningful to those students who could not always afford to pay for the standard burger and fries. Through his generosity, Klemis often provided free meals to struggling students, establishing a legacy of compassion and generosity.

Students can request access to Klemis Kitchen by contacting the Division of Student Life or Dana Hartley, Tech’s campus liaison for homeless students. Hartley meets with students to understand their needs and identify other ways that Georgia Tech might be able to help.

Many of the resources Georgia Tech provides are programs driven by the hard work and contributions of other students. Hartley believes that, because of this, students often leave her office feeling more connected to the university and the student body.

“It means so much to the students who need help to realize that some of this help is actually coming from their peers and that their peers care,” she said. “It helps them feel less alone.”

According to Hartley, the non-perishable foods collected during student move out helped support the Klemis Kitchen pantry for a majority of the fall semester, a big step in making it a long-term, self-sustainable operation.

Jackson hopes the program will continue to grow as students witness the positive, and at times unconventional, effects recycling can have on their campus and their peers.

Learn more about Klemis Kitchen at klemiskitchen.gatech.edu. If faculty and staff are interested in helping or donating to Klemis Kitchen cause or other initiatives that help Tech students in need, visit studentlife.gatech.edu/star or contact Hartley at hartley@gatech.edu. 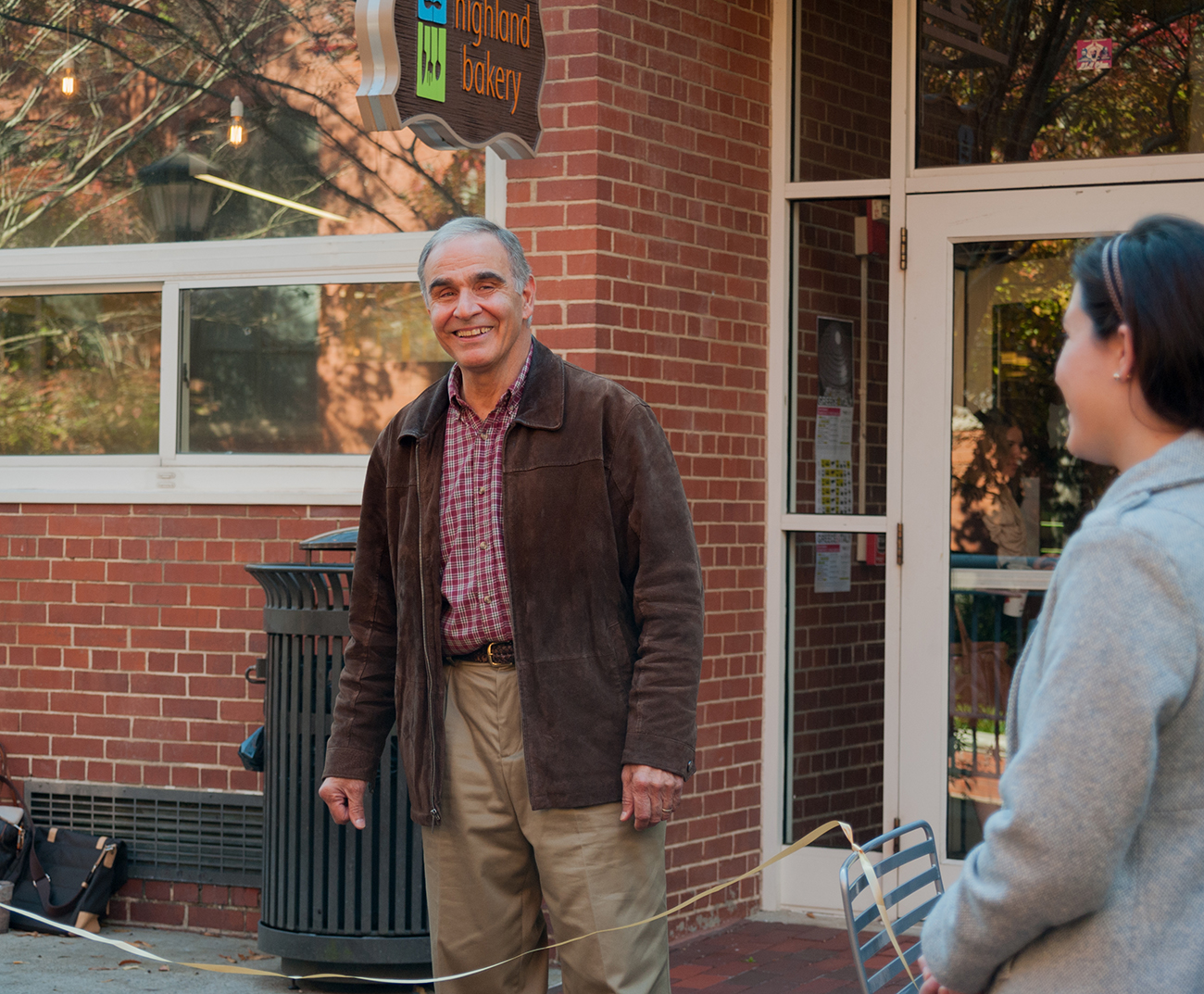